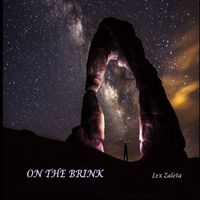 From the recording ON THE BRINK

The crowd piles in, all wearing dark glasses,
Pairs of pale-skinned lads and pale-skinned lasses.
Looking nothing like a bloodthirsty bunch,
They settle in for a late-night lunch.

The girls here aren’t into muscles;
They prefer their guys with big corpuscles.
The guys here aren’t that particular;
They’re into anything ventricular.

They all gather ‘round the vampire campfire
Where that rascal in folksinger attire
Begins his first set with “Here Comes the Sun,”
Just to get a rise out of everyone.

The featured speaker of the night’s event
Informs the crowd that the cards have been sent
To the city’s big-hearted souls to thank
Them for contributing to the blood bank.

Twenty American Red Cross t-shirts
Are being raffled off after desserts.
YOU’RE JUST MY TYPE and LOVE AT FIRST BITE
Are the lamest pickup lines of the night.

And that old folksinger keeps on playin’.
Next up, Bob Dylan’s “Is Your Love in Vain.”
That venerable bard keeps on a-rhymin’ --
Slides into that song by Carly Simon.

There sits a man steeped in academia,
Still suffering from deep anemia.
His technique is good, but the harder he
Tries, he gets farther from the artery.
He gets lucky with the t-shirt draw though.
Says “SUCKS TO BE YOU” under the logo.